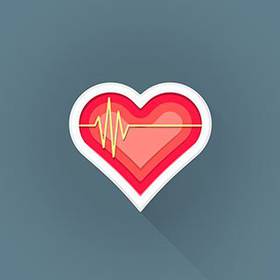 Are you girlfriend material?

Find out from the love guru!

You’ve been dating for more than a month. You have a great time together. You have a lot in common.

There's only one problem, ‘Mr Perfect’ won't call you his ‘girlfriend’. In your mind that’s what you are - but he keeps calling you his ‘friend’.

So why won't he take the leap?

Love guru, Kevin Carr, says if a guy's not calling you his girlfriend, it's usually for one of these reasons:=

He already has one:If he calls you once in a while, rarely texts and only comes to see you when he can make time, then he probably already has a girlfriend or even a wife. Sometimes mystery is good in a relationship but if the whole thing is on his terms, then pull the plug and walk away.

He’s not that into you: He may like you, but not enough to make you his girlfriend. Just because he likes to sleep with you, doesn’t mean he likes you enough to call you his girl.

He’s scared: Guys act macho but they have insecurities too. They get hurt in relationships too. They’re lied to, cheated on and everything else you can think of. So sometimes when guys are hesitant to start something serious it’s because they haven’t completely healed.

He’s a playa:He wants to keep his options open so he can check out as many girls as he likes and mess around with them.

If you’re looking for commitment but your partner’s just in it for kicks, then it’s not a serious relationship. It’s important to talk about what you want before you get too involved with someone. It may be time to practice having those awkward relationship conversations!

How can you tell if it's serious? Find out below.