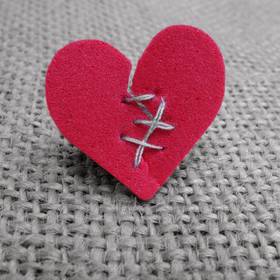 How to break up

One way to make this clear is by not sending mixed signals that confuse your ex – who’s may feel hurt and still in love with you.

Here are some other ways to make sure that you’re sending the correct it’s over message:

Don't lie. Be honest about your feelings. There is not right or wrong reason to end it, but don’t telling a lie is never a good idea.

Cut ties (even for a bit). Don’t lead them on by calling or texting them. Or by taking their calls or texts! Keeping the emotional connection going will only be confusing and hurtful.

Take a break. Before you decide if you can be friends or not, take a 60-day break. You both need some time to heal from the heartbreak. If after that you still want them around, reach out to them. But not everyone can be friends. If they treated you badly, then make the break permanent. And if they don’t want to be friends, respect their decision.

Have you had an ex hang around wanting “love back” because you weren’t clear that you meant it when you said it was over? Or were you the one holding on?